Fantasy fans: the wait is nearly over . . .  the final installment in Trudi Canavan‘s Millennium’s Rule series is on its way!

MAKER’S CURSE (UK|US|ANZ) will publish in May 2020, and today we’re delighted to unveil the stunning cover. And if you can’t wait until May, read on for a taste of what’s in store! 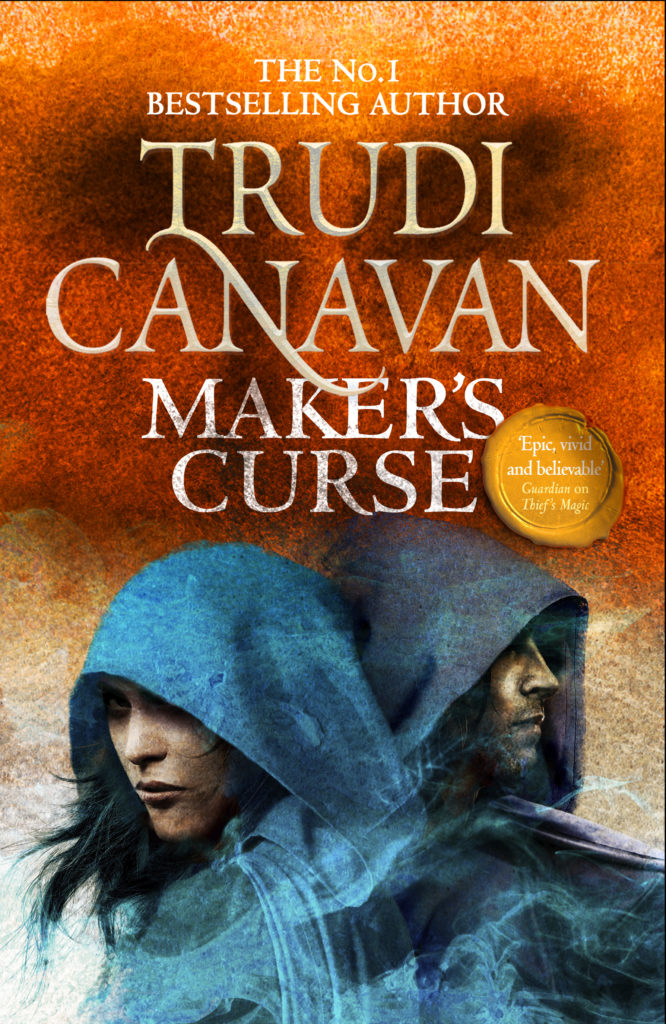 Rielle is now the Maker, restorer of worlds. She has lost count of the number of worlds she has been sent to save.

Tyen has cast off his old identity. No longer a spy, he now attempts to teach new sorcerers and find ways to counteract the war machines that are spreading throughout the worlds.

But when an old enemy brings news of something worse than magically dead worlds and dangerous sorcerers – a threat unlike anything the worlds have faced before – Rielle and Tyen must reunite if they are to have any chance at saving humanity.

‘The world-building is tremendous. The magical system is sophisticated and fascinating’ Striking Keys 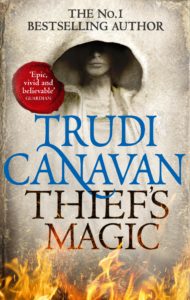 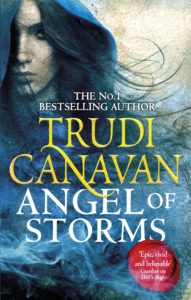 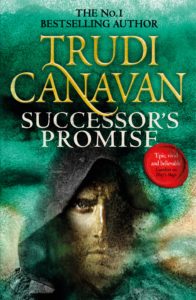 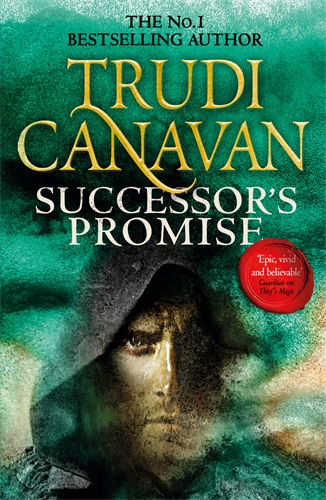 If you’re already a fan of Trudi Canavan, then you’ll know what kind of a thrill ride you can expect from her latest series, Millennium’s Rule. Judging from the awesome reader reviews, fantasy fans around the world have been enthralled by the first two books in the series THIEF’S MAGIC and ANGEL OF STORMS.

And now the time is here to unveil the cover for the third book, SUCCESSOR’S PROMISE. 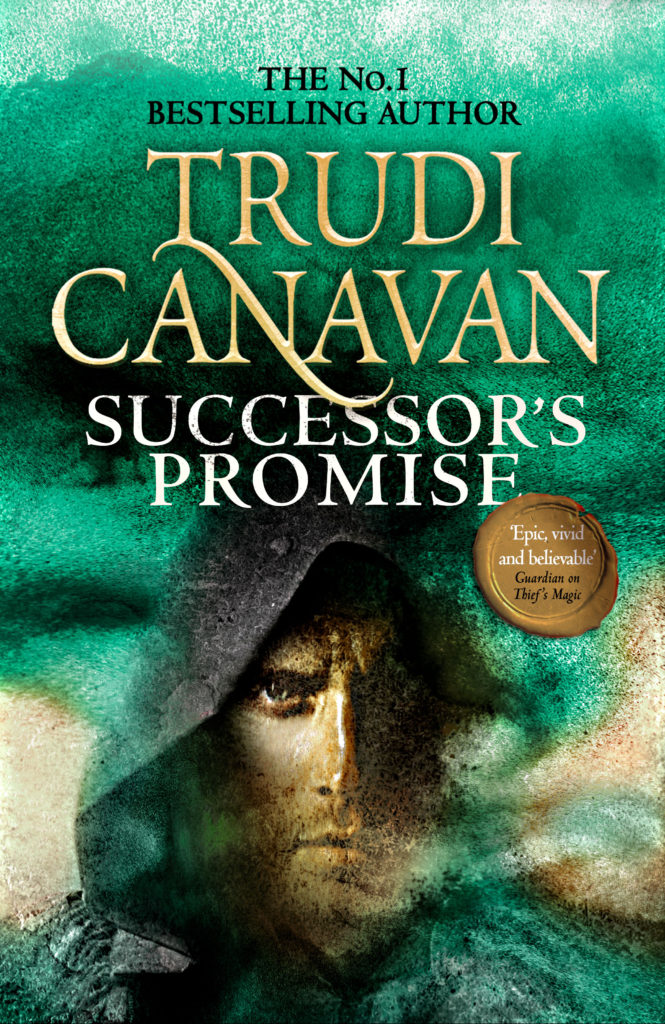 This dramatic third novel is set in a time of chaos. Worlds are at war, torn apart by deadly machines and power-hungry sorcerers. And the loyalties of Rielle and Tyen will be tested to their limits. Trust us fantasy fans – you do not want to miss this one. Look out for this thrilling new novel in September 2017. We’re very proud to present the cover for THIEF’S MAGIC, a thrilling new fantasy novel coming from the number 1 bestselling author Trudi Canavan next May. The illustration is by the very talented Lee Gibbons.

THIEF’S MAGIC is book one in the brand new Millennium’s Rule series. Here in the Orbit office we all pounced on this manuscript as soon as it came in. And we haven’t been able to stop talking about it since – because I’m excited to say it’s truly one of the best things Trudi’s ever written…

Here’s a sneak peek at what’s in store for readers next May:

In a world where an industrial revolution is powered by magic, Tyen, a student of archaeology, unearths a sentient book called Vella. Once a young sorcerer-bookbinder, Vella was transformed into a useful tool by one of the greatest sorcerers of history. Since then she has been collecting information, including a vital clue to the disaster Tyen’s world faces.

Elsewhere, in a land ruled by the priests, Rielle the dyer’s daughter has been taught that to use magic is to steal from the Angels. Yet she knows she has a talent for it, and that there is a corrupter in the city willing to teach her how to use it – should she dare to risk the Angels’ wrath.

But not everything is as Tyen and Rielle have been raised to believe. Not the nature of magic, nor the laws of their lands.

Not even the people they trust.

If you want to be the first to hear news on Trudi and her books, then “like” the official Trudi Canavan Facebook page. This is where we’ll be releasing exclusive extracts, videos and competitions before they’re available anywhere else – so make sure you don’t miss out!