Orbit is thrilled to share the cover for Lincoln Michel’s diamond-sharp sci-fi neo-noir, THE BODY SCOUT. When his brother is murdered at home plate, a hardboiled baseball scout will have to plumb the underbelly of a New York transformed by climate change body modification to get revenge—but this is a game far bigger and more dangerous than he could have imagined.

Lithub unveiled the striking cover for The Body Scout, designed by Orbit’s own Lauren Panepinto, along with an early excerpt—click through for a sneak peek of the first chapter! 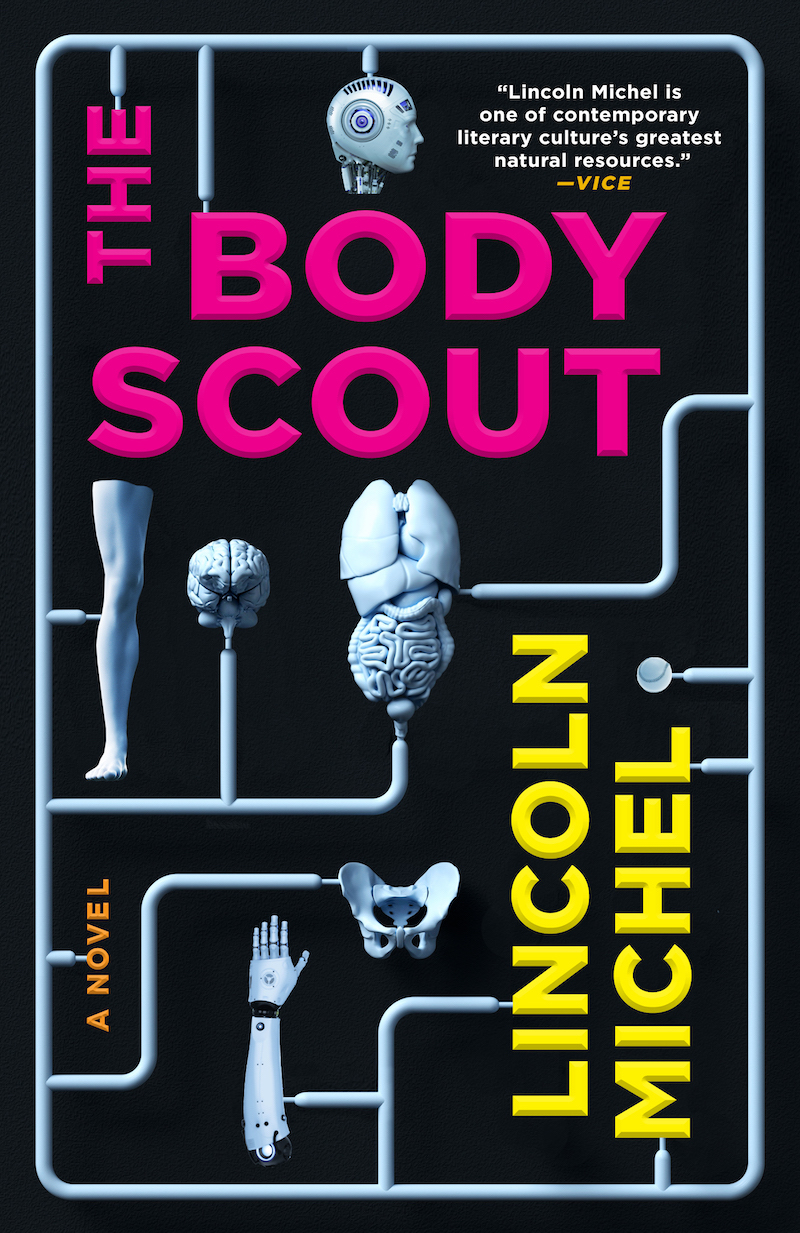 The Body Scout will be out in print, ebook, and audio in October. Read on for a short description of this unmissable near-future thriller:

In the future you can have anybody you want–as long as you can afford it.

In a New York ravaged by climate change and repeat pandemics, Kobo is barely scraping by. He scouts the latest in gene-edited talent for Big Pharma-owned baseball teams, but his own cybernetics are a decade out of date and twin sister loan sharks are banging down his door. Things couldn’t get much worse.

Determined to find the killer, Kobo plunges into a world of genetically modified CEOs, philosophical Neanderthals, and back-alley body modification, only to quickly find he’s in a game far bigger and more corrupt than he imagined. To keep himself together while the world is falling apart, he’ll have to navigate a time when both body and soul are sold to the highest bidder.

Diamond-sharp and savagely wry, The Body Scout is a timely science fiction thriller set in an all-too-possible future.