Feast your eyes on the stunning cover for SON OF THE STORM by Suyi Davies Okungbowa, the highly-anticipated first novel in the Nameless Republic trilogy. Inspired by the pre-colonial empires of West Africa, this is an epic tale of violent conquest, buried histories, and forbidden magic. Make sure you head over to io9 to read the excerpt! 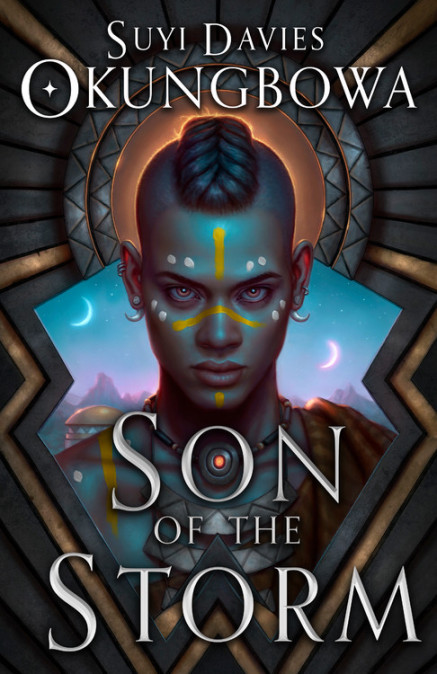 In the thriving city of Bassa, Danso is a clever but disillusioned scholar who longs for a life beyond the rigid family and political obligations expected of the city’s elite. A way out presents itself when Lilong, a skin-changing warrior, shows up wounded in his barn. She comes from the Nameless Islands- which, according to Bassa lore, don’t exist- and neither should the mythical magic of ibor she wields.

Now swept into a conspiracy far beyond his understanding, Danso and Lilong will set out on a journey that reveals histories violently suppressed and magic only found in lore.

SON OF THE STORM is out in May 2021. In the meantime, you can connect with Suyi at https://suyidavies.com/ and on Twitter at @IAmSuyiDavies.