This week Variety announced that Iron Man and Children of Men scribes Mark Fergus and Hawk Ostby will script the pilot of The Expanse, based on a series bestselling novels written by James S.A. Corey, for Alcon Television Group.  Check out the full scoop here.

This of course begs the question: who would you like to see cast in any television adaptation of the series?  Go wild. We can’t wait to hear who you would choose.

Like the freshly unveiled cover of CIBOLA BURN? Go to SF Signal to see a larger version and also the cover of Daniel Abraham’s upcoming THE WIDOW’S HOUSE, book four of the Dagger and the Coin series. 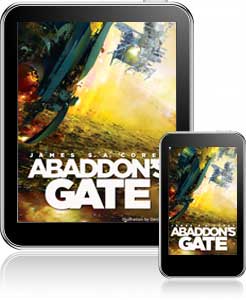 Things started simply enough: a ship is found mysteriously abandoned by its crew, but we’ve all watched and read enough space adventures to know that nothing is ever quite so simple. With each twist and page-turning sequence, the Expanse series has grown to become an absolute gem of the subgenre and today, the latest novel ABADDON’S GATE (US | UK | AUS), begins hitting bookshelves. Daniel Abraham and Ty Franck, the writing team behind James S.A. Corey,  knocked it out of the park once again as you’ll see in the terrific reviews the novel has already gotten.

Check out the James S.A. Corey Facebook page to read the first few chapters and whet your appetite until you get a hold of your own copy. If you haven’t taken the leap yet, here’s an excerpt from LEVIATHAN WAKES ( US | UK | AUS).

As an extra treat, we made a set of wallpapers from the stunning cover illustration by Daniel Dociu. Enjoy!

“High adventure equaling the best space opera has to offer, cutting-edge technology, and a group of unforgettable characters bring the third installment of Corey’s epic space drama (after Caliban’s War and Leviathan Wakes) to an action-filled close while leaving room for more stories to unfold. Perhaps one of the best tales the genre has yet to produce…” Library Journal (Starred Review)

“Courageous and audacious, with short chapters, smart characters, and a snappy narrative, it’s leaps and bounds bigger and better than the vast majority of space opera. And the fun is undoubtedly far from done.” – The Speculative Scotsman

There is a new way to receive updates on James S. A. Corey’s publishing activities over on Facebook.  Become a fan of the official Facebook fanpage and connect with other fans of the Expanse series. You’ll also gain access to exclusive excerpts from the upcoming novel ABADDON’S GATE!

For those of you who haven’t picked up these books yet, you can read  a sample from LEVIATHAN WAKES (UK | US  | AUS)  here and get hooked on this critically-acclaimed SF  series.

Praise for The Expanse series

“It’s been too long since we’ve had a really kickass space opera. Leviathan Wakes is interplanetary adventure the way it ought to be written.” — George R.R. Martin

This is the future the way it was supposed to be.” –  The Wall Street Journal on Leviathan Wakes

“A worthy sequel to Leviathan’s Wake. Compelling characters and a plot that combines political intrigue with military sf create a memorable story that begs for film adaptation.” –  Library Journal 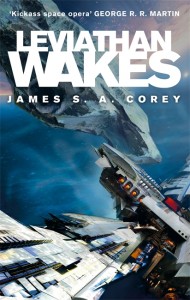 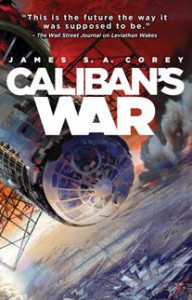 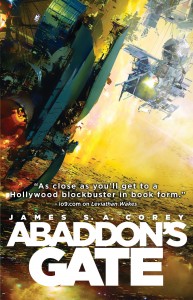 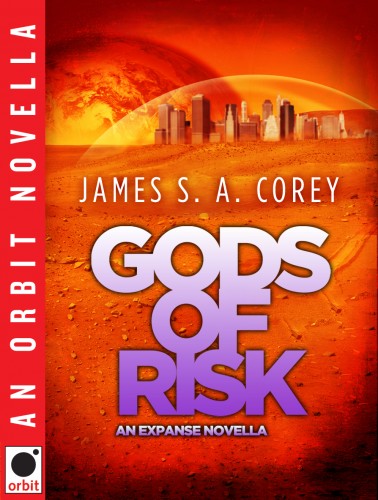 One of the unexpected and, I think, very good things that the rise of ebooks has done is haul the novella back out of the shadows.  When I started writing, the common wisdom went that novella-length work, that is stories between 17,500 and 40,000 words, was the sweet spot to write if you wanted awards because so few got published.  If there are only fifteen stories written in your category in a single year, it’s not that hard to get in the top five.  Or at least that was the theory.

That day, I’m pleased to report, has passed.

It was never the novella’s fault.  It’s actually the length that is best suited to the modern reader and to science fiction.  It’s got about as much room for plot as a two-hour movie.  There’s enough room to really go into an idea or set of ideas, and not so much room that it threatens to get dull.  I love novellas.  But once the golden age of the Ace double passed, they were a pain in the ass to publish.

For a magazine, printing a novella meant there wasn’t room for much else in a given month.  And that meant there were fewer authors’ names to put on the cover.  And that meant there were fewer sales of the magazine, so novellas were pretty much a non-starter.  For a book publisher, a novella is too small to charge full price for, even though the costs of setting up a production run aren’t that much less.  The wise choice, especially among the mass-market publishers, was to print something a little bit longer that you could charge full price for.

But then ebooks came and when we signed the contracts for the second run of Expanse books, part of it was a call for five novellas set in the same world.  I was delighted.  We’d written a short story before – The Butcher of Anderson Station – but it was done with print markets in mind.  To have the luxury of a full novella’s length was great.  We got to tell the stories that didn’t quite fit in the big epic-sized books, we didn’t have to try to compress the stories into the constraints of magazine wordcounts, and there would be a new James SA Corey story out that was big enough to satisfy folks between the major novels.

The only down side is that there’s not an easy category for awards anymore.

Small price to pay, I think.

GODS OF RISK , a new story of The Expanse, by James S.A. Corey is available now in the US. Corey’s space operas have traveled the far reaches of our solar system, and now turns their attention to our neighbor, Mars. Visit the Orbit Short Fiction today to find out where you can pick up this new fantastic novella. 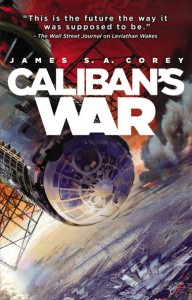 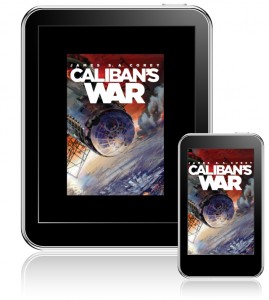 God, I love this series. So much so… I think all of you should titivate that calculator on steroids you have on your person with the absurdly cool art from CALIBAN’S WAR (US | UK | AUS) by James S. A. Corey by Daniel Dociu.

Below are all the wallpaper download links. If anyone needs a specific dimension… you’re on your own.

Just kidding. Let us know and we’ll hook you up. :)

The sequel to Leviathan Wakes, Caliban’s War (US | UK | ANZ) is out next month. We also recently announced the acquisition of three more Expanse novels to come.

END_OF_DOCUMENT_TOKEN_TO_BE_REPLACED 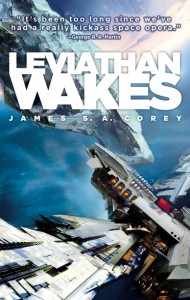 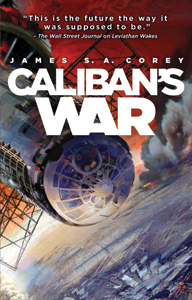