Posts Tagged ‘The House of Comarre’ 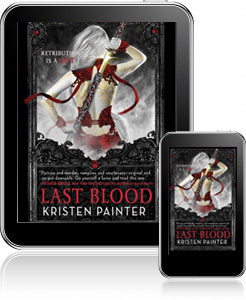 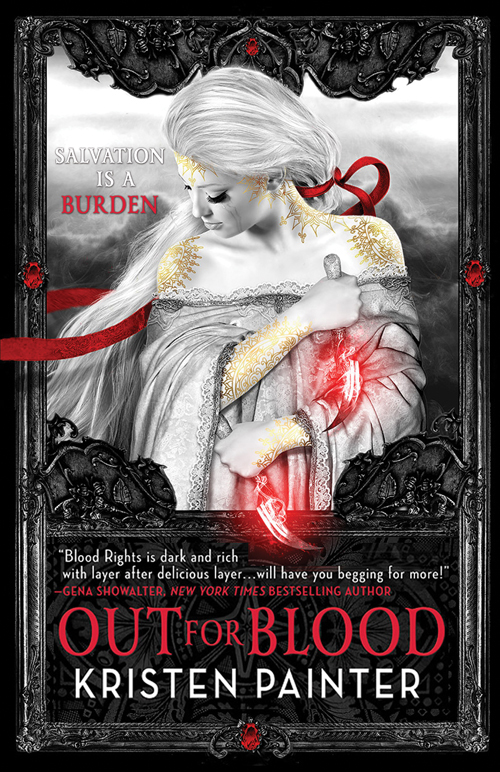 As Halloween approaches, so does the need for many of us to stock up on candy and other assorted treats in order to successfully bribe the neighborhood children into not TP-ing our houses or soaping our cars.

Paradise City is no different. Okay, maybe it’s a little different considering many of the inhabitants are creatures most likely to become Halloween costumes. Doesn’t mean they’re not in the Halloween spirit, though! Should you go trick-or-treating in Paradise City, here’s what my characters will be filling your goody bag with:

1. Malkolm, vampire – Let’s be honest. You can knock all you want. Mal’s not opening the door. If he does? Run.

2. Chrysabelle, comarré – If you can actually make it onto the private island where she lives, then past her estate’s security gates, you deserve a treat. Chrysabelle’s treats are the uber expensive Amedei Porcelana dark chocolate bars. She’ll then send someone along with you to make sure you don’t run into trouble the rest of the night.

3. Doc, varcolai (leopard-shifter) – Since juicy steaks are liable to ruin your other treats, Doc’s handing out packages of locally made gator jerky. Try it. You’ll like it. It bites back.

4. Fi, sometimes ghost – With Fi’s sense of humor, she’ll be stuffing your goody bag full of gummy spiders, severed finger cookies and skeleton bone lollipops. If you think that’s gross, you should see her ghost form. Mal’s the one who killed her, you know…

5. Dominic, vampire – Ever the entrepreneur, Dominic will be handing out coins good for one free entrance to Seven, his night club. Note I said entrance. Getting out of Seven is up to you.

6. Creek, Kubai Mata agent – Halloween isn’t really Creek’s thing, but his grandmother, Rosa Mae Jumper, has stepped in to help, providing him with enough raven feather charms for everyone. Put yours on immediately. You never know who might be trying to steal your soul.

7. Tatiana, evil vampiress – If you happen to be in the hidden city of Corvinestri, Romania and you’re unfortunate enough to knock on Tatiana’s door, that will probably be your last stop of the night. See, Tatiana isn’t known for her hospitality, but she loves humans. Mostly as a snack. On the off chance she does put something in your bag…trust me, the apple’s poison.

As you can see, the House of Comarré characters are an interesting bunch with different takes on the meaning of treat. If you want to see them in action, check out the next book in the series, OUT FOR BLOOD (UK | US | AUS), which is available now!

After nearly dying at the hands of the Aurelian, Chrysabelle finds new determination to move beyond life as a comarré. That is until the Kubai Mata bring a new task to her doorstep: rescue the child Tatiana has kidnapped, or Mal becomes enemy number one.

Praise for the House of Comarré:

“Painter scores with this one.  Passion and murder, vampires and courtesans — original and un-put-downable.  Do yourself a favor and read this one.” — Patricia Briggs, New York Times bestselling author

Check out the rest of the series! 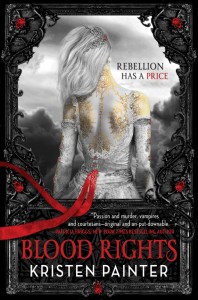 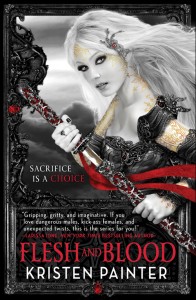 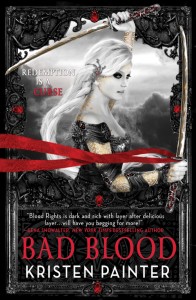 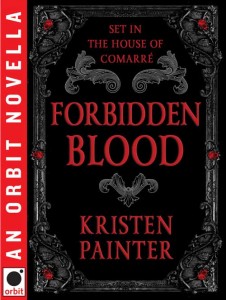 The comarré were created for only one reason – to give blood – and whatever else their vampire patron requires.  But one comarré will risk all – including her life – to win her freedom.

Meet Maris – in the prequel to Kristen Painter’s gothic vampire series, which began with BLOOD RIGHTS (US | UK | AUS).

Purchase FORBIDDEN BLOOD for only $2.99