This week, we’ve released the superb WARLORDS AND WASTRELS (UK|US|ANZ) by Julia Knight. This is the third and final book in her Duellists trilogy, which is a fast and furious fantasy adventure full of ruffians, scoundrels and rogues . . .

This release follows hot on the heels of SWORDS AND SCOUNDRELS (UK | US | ANZ) and LEGENDS AND LIARS (UK | US | ANZ), which were published in October and November 2015. Yes that’s right – we published 3 books in the space of 3 months!

To celebrate, we just wanted to state 3 reasons why 3 books being released in 3 months is great:

2. No forgetting what happened in the last book! We all often have to wait at least a year until the next book in our favourite fantasy series comes out. Even though it’s usually worth the wait, I’m sure we all have the issue of forgetting what happened in the last book – exactly who stuck who with their sabre or stiletto – and exactly what reason the traitor gave for betraying the kingdom…When you can read the whole series like Speedy Gonzalez, the events will be fresh in your mind and you wont have the need for a recap!

3. Great for Christmas gifting! The gift of a book at Christmas is one of the most wonderful things for all involved. But if you give a book that’s as much a page turner as a Duellist book by Julia Knight, then I guarantee you, the recipient will be finished in no time. The weather outside at this time of year is rather frightful to have to go outside and buy the new one (if print books are your bag instead of digital). So why not save your fantasy-reading friends and family the time this year and just get them all three in one go? 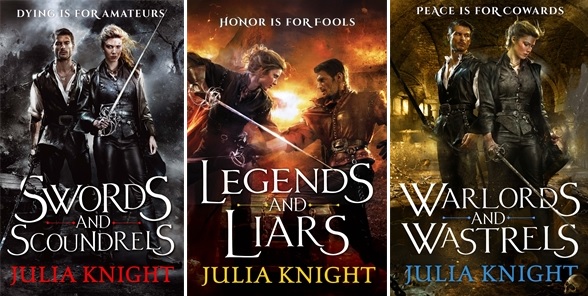 And here are just a few more reasons why you should get stuck in!

‘With roguish highwaymen and all the intrigue of a bloody revolution, this book will keep you guessing until the end. I can’t wait to read the sequel!’ (Anne Lyle, author of THE ALCHEMIST OF SOULS)

‘As Knight launches her Duellists trilogy, she skillfully reveals the backstories of the siblings and Egimont, and how Reyes has come to the brink of revolution, illuminating a complex and intriguing world. The accelerating pacing as the present and past converge will hold readers in suspense and eager for the next two books’ (BOOKLIST)

‘For readers who are looking for a fast and fun read, Swords and Scoundrels is perfect . . . quick pacing, witty dialogue, and plenty of adventurous action . . . Great entertainment . . . I’m definitely on board for another Duellist adventure’ (Bibliosanctum)

‘Swordplay, politics, sorcerers and more….The action is nonstop’ (Journey of a Bookseller) 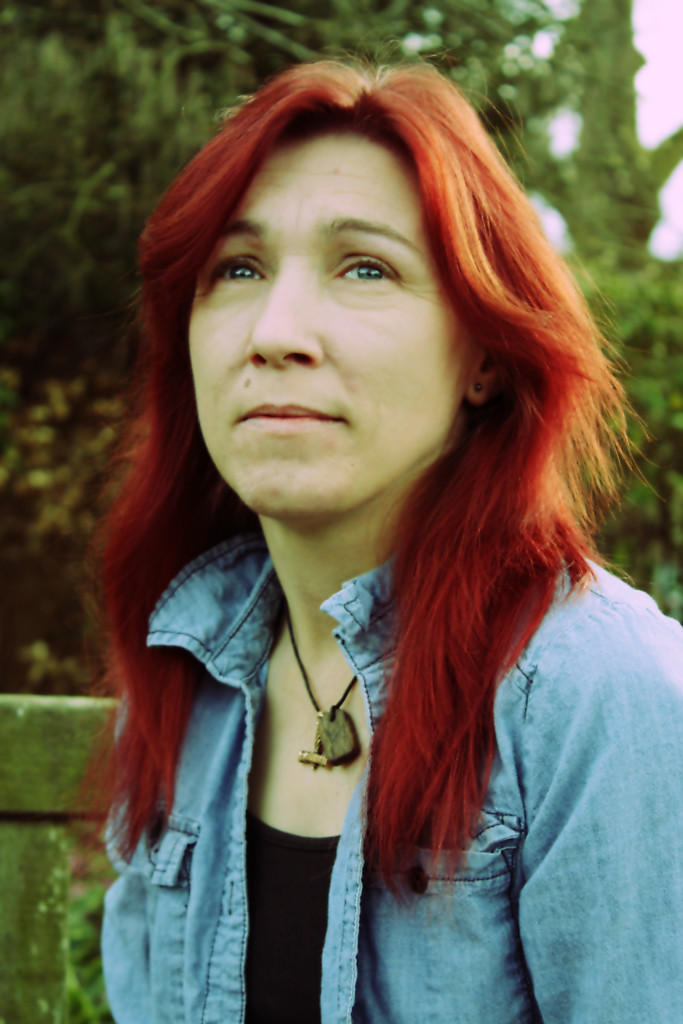 We interviewed Julia Knight, author of the Duellists trilogy. The first book, SWORDS AND SCOUNDRELS (UK|US|ANZ) is out this month. It’s a fast and furious fantasy adventure about two siblings, Kacha and Vocho, who are known for the finest swordplay in their kingdom – until they are dishonoured and forced to become reluctant highwaymen. The sequels LEGENDS AND LIARS  (UK|US|ANZ) and WARLORDS AND WASTRELS  (UK|US|ANZ) will follow in November and December 2015.

What was the inspiration behind SWORDS AND SCOUNDRELS?

Lots of things! I was reading a lot about post-Moorish Spain – which was inspiration for the fallen empire in the book – and Renaissance Italy, which inspired all the city states that are at each other’s throats. Then add to this a re-reading of the Musketeers, and my happening across a video for an architect’s design for a clockwork city and….hey presto!

Which was your favourite character to write?

That is a really hard question, as I love them all in different ways. Vocho was a blast to write, because he’s just so vain and unintentionally funny but he does have a heart too (when he remembers). I like Kacha because she takes no crap from anyone, especially Vocho. Petri was supposed to be the bad guy . .  . but I found I rather felt for his predicament . . .

Who really is the better duellist – Kacha or Vocho?!

Depends on who you ask . . . As Vocho says, she’s better at technique, but he has an advantage in strength and reach. Both are devious as required. I’d say they both have their strengths but that balances out so they are actually fairly evenly matched.

I’m going to cheat and say it’s a toss up between Forbidden Planet in London and my local Waterstones in Horsham, West Sussex. Forbidden Planet because I cannot leave without buying *something* and it is just so very cool. And my local Waterstones because it’s got everything – a café, squishy sofas, staff that really know their books (and are more than happy to chat about them, or help me find something). It also has a decent SFF section which brings me on to the next question…

When you walk into a bookshop which section do you gravitate to first?

I always gravitate to the SFF section first in any bookshop. However I do have a soft spot for other genres – historical (both fiction and non-fiction) and crime in particular, so once I’ve mined the SFF I tend to browse there too. Frankly I’ll read almost anything!

What we can expect from the next Duellists novel LEGENDS AND LIARS?

Dastardly magicians, dashing duellists and warring cities. It gets deeper into the characters, and darker too, though it’s still got plenty of light-hearted moments . . .

Look below for more details and to see the covers in full. You can follow Julia on Twitter as @Knight_Julia and her series is available for pre-order now . . .
END_OF_DOCUMENT_TOKEN_TO_BE_REPLACED