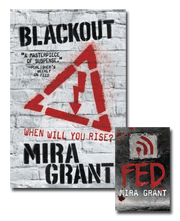 END_OF_DOCUMENT_TOKEN_TO_BE_REPLACED

I wonder if Charles Darwin was a zombie fan.

Darwin’s On the Origin of Species was published in 1859, and you’re probably aware of the resulting, yet-to-be-settled battle between Evolutionists and Creationists. But there’s also another great Darwinian debate, affecting not just zoologists but zombologists, too:

What actually is a species?

In science, this is known as the ‘species problem,’ and it arises when bickering biologists attempt to classify two nearly identical species of animal. Take the Baltimore Oriole, for example, that beloved black-and-orange bird of baseball mascot fame. The truth is, it’s really the Northern Oriole. Or wait — no, it isn’t. Fifty years ago it was the Northern Oriole, but after lots of nasty debate and name-calling, scientists finally decided that there’s no such thing as the Northern Oriole. They split the species into two: the Baltimore Oriole and the Bullock’s Oriole.

So, you ask, what does all this have to do with zombies?

I don’t know if you’ve ever braved a visit into an online zombie fan forum. (If not, what are you waiting for?) In those discussion boards, you might notice that while biologists haggle over birds, many zombie fans are divided over what constitutes a ‘real’ zombie. Is the zombie slow or fast? Alive or dead? Mute or able to talk your ear off, right before it bites your ear off?

Or… can a zombie can be all those things?

As a fan myself, I’ve resisted that last hypothesis for years now. Oh, how I’ve resisted. But perhaps the time has come; at last I should channel my inner Darwin and admit to zombie evolution. My favorite monster, once classified solely as Zombi Zombus, has gone the way of the Northern Oriole, split apart into separate unique species.

Presenting the new taxonomy of the living dead: END_OF_DOCUMENT_TOKEN_TO_BE_REPLACED

The situation is grim following the outbreak, and the United States has been split in two. Grieving families must not only deal the loss of their loved ones, but also the knowledge that those bodies may not be resting peacefully. Henry Macro is a man that brings peace…for a price.

It’s not easy to breathe life into undead, but in April we’re releasing a book in the US that does just that. Check out this new video for THE RETURN MAN, and take your first steps into the Evacuated States. (Just be sure to bring your shotgun!)

To find out more and connect with other zombie fans visit The Return Man on Facebook.

Praise for THE RETURN MAN

“Hands down one of the best zombie novels I’ve read in a long, long time. From first page to last, THE RETURN MAN is an astonishing read. With characters you genuinely give a damn about and a story that’ll keep you turning page after page, this is an outstanding debut.” — David Moody, author of Autumn

“Thrilling, melancholy, and stomach-churningly gory… This is a sturdy and crowd-pleasing novel that squarely hits its target.” — Publishers Weekly

THE RETURN MAN will be available in stores April 1, 2012.