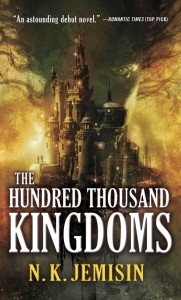 I’m thrilled to announce that we’ve acquired the Dreamblood series from N.K. Jemisin.  It will be a two-book series that we’re tentatively titling REAPER and CONQUEROR and publishing in consecutive months in July and August of 2012.

A bit about the story:

In the city-state of Gujaareh, peace is the only law.  Along its ancient stone streets, where time is marked by the river’s floods, there is no crime or violence.  Within the city’s colored shadows, priests of the dream-goddess harvest 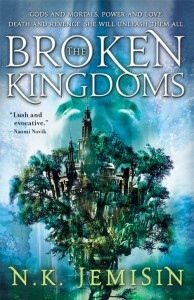 the wild power of the sleeping mind as magic, using it to heal, soothe… and kill.

But when corruption blooms at the heart of Gujaareh’s great temple, Ehiru — most famous of the city’s Gatherers — cannot defeat it alone.  With the aid of his cold-eyed apprentice and a beautiful foreign spy, he must thwart a conspiracy whose roots lie in his own past. And to prevent the unleashing of deadly forbidden magic, he must somehow defeat a Gatherer’s most terrifying nemesis:  the Reaper.

N.K. Jemisin is the author of The Hundred Thousand Kingdoms, The Broken Kindoms and the upcoming, Kingdom of Gods (releasing in October 2011).

She’s over at Babel Clash (with Gail Carriger) today and tonight she’ll be on Hour of the Wolf at 1:30 a.m. WBAI 99.5 FM for NYCers, or listen online!