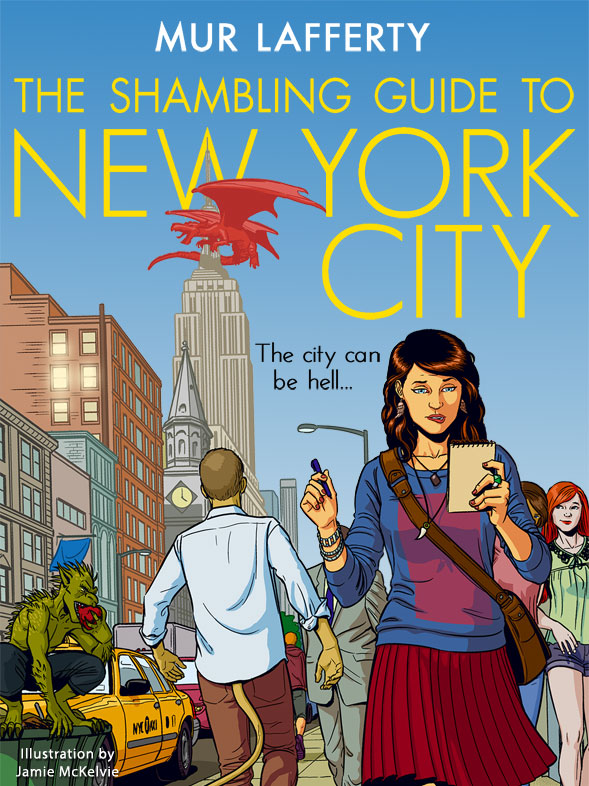 Mur Lafferty shares a few special insights about  how THE SHAMBLING GUIDE TO NEW YORK CITY (US | UK | AUS) came to be.

When did you first start writing?

I think I was around twelve, after reading Fred Saberhagen’s Swords series and getting my first itch for fanfic. Then I began an epic story about all my best friends, featuring different-colored unicorns. This book is, thankfully, lost to the ages.

Who are your biggest writing influences?

As a child, I was most influenced by Anne McCaffrey and Robin McKinley. As an adult, it’s been Douglas Adams, Neil Gaiman, and Connie Willis.

Where did the idea for THE SHAMBLING GUIDE TO NEW YORK CITY come from?

I used to write for role-playinggames, and in 2005 (post–Hurricane Katrina), I got together with some friends to do a print‑on‑demand RPG book about New Orleans to benefit the Red Cross. New Orleans has such a history with myth and magic, I had the idea to see the city from a zombie tour guide’s POV, so I wrote a short story called “The Shambling Guide to New Orleans.” After I wrote that short piece for the book, I began thinking of other cities that would have an underground monster population that might be in need of guidebooks.

Do you have questions of your own? Chat with Mur Lafferty on Wednesday, May 22nd at 6:30 PM EST! – Online Event