Your favorite monster-hunter is back and better than ever. Devin Eveson is the Soulkeeper, honor-bound to protect humanity from monsters once thought to be only legend. Devin’s saga began with  SOULKEEPER (US | UK) and its sequel RAVENCALLER (US | UK), and now finds its explosive conclusion in VOIDBREAKER (US | UK). In a world overrun by monsters, Devin will have to face his most dangerous enemy yet—his own sister. Their battle is front and center in VOIDBREAKER’S brilliant cover—check it out! 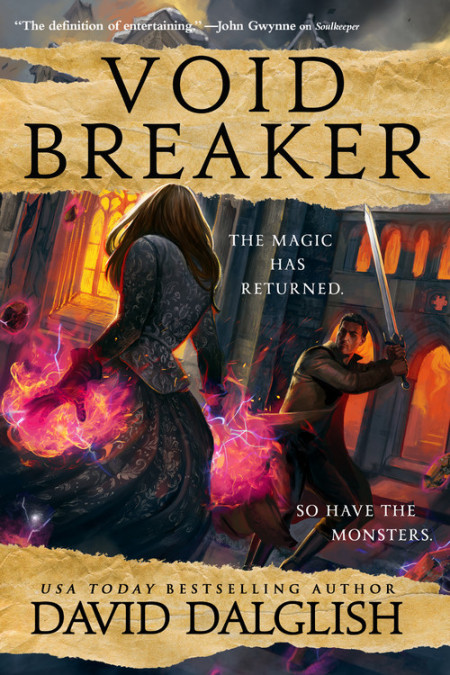 If you haven’t yet caught up on Devin’s adventures make sure to get in on the action and pick up Soulkeeper and Ravencaller!

When magical creatures storm the gates of Londheim and declare it for themselves, Devin, a warrior priest, must decide who the true monsters are in the final book of USA Today bestseller David Dalglish’s epic fantasy trilogy.

Monsters have retaken the capital city of Londheim and claimed it for themselves. Humanity, fearful of being pushed out for good, has reacted with violence and destruction, and peace between the two races seems all but impossible. Devin will need to bring all his skills to bear in order to find a solution. But the greatest threat to humanity’s safety may well be closer than he expects. Because his sister is the most powerful priestess the world has ever seen… and she’s fighting for the monsters.

The fate of all races, human and magical, rests in their hands, and the only person standing in their way is each other.

Praise for The Keepers Series:

“A dark and lush epic fantasy brimming with magical creatures and terrifying evil…. Readers of George R. R. Martin and Patrick Rothfuss will find much to enjoy here.”—Booklist

“Soulkeeper is a fast-paced, page-turning ride with a great, likeable main character in Devin Eveson. It’s the definition of entertaining”—John Gwynne, author of Malice

“With strong world building, imaginative monsters, and a capable system of magic, this series will please readers who enjoy dark epic fantasy with engaging characters.”―Booklist on Ravencaller

“Fans will love the second installment of this dark fantasy about very human characters beset by inhuman dangers.”―Kirkus on Ravencaller 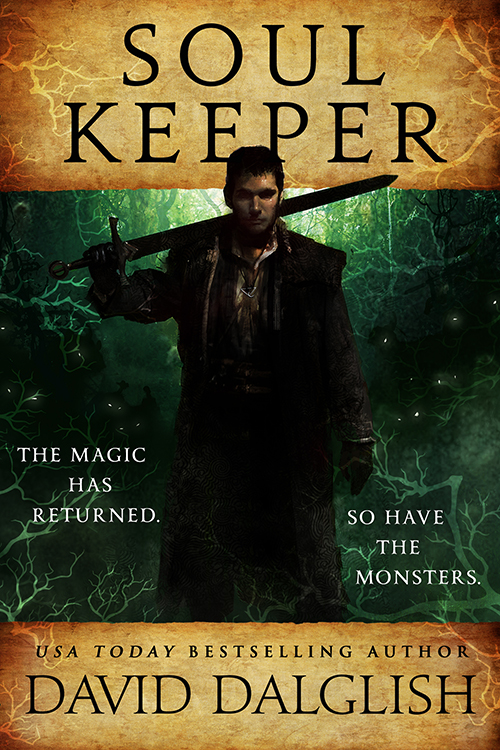 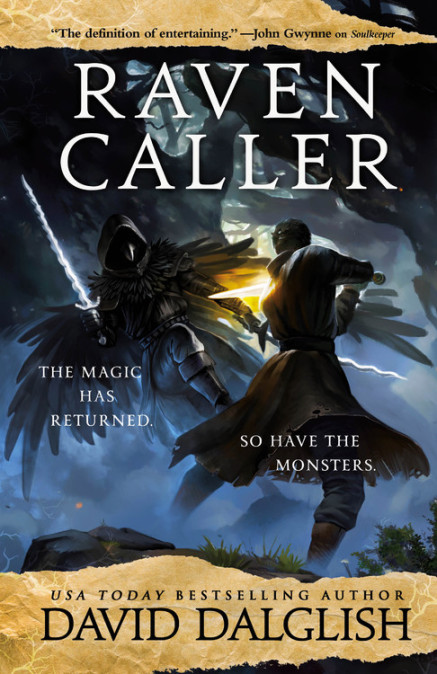